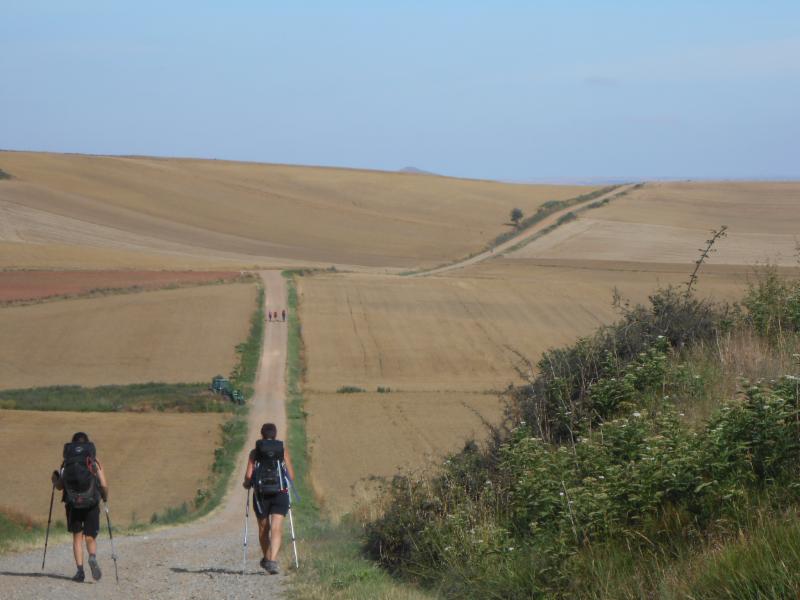 Edris Harrell felt called to El Camino de Santiago in Spain, an arduous pilgrimage that she hoped would offer both an adventure and life lessons as well. Daughter Elise may not have had the same calling, but told people on the Camino that she didn’t want her mother to do it alone. ‘It’ was a total of 385 miles over 34 days, from St. Jean Pied de Port in France to Santiago del Compostela in Spain.
Join us for a special treat on Sunday, October 15th at 9:15 a.m. in Brunner Chapel, when Edris and Elise will recount their adventure in words and photos.
Edris had heard that the first third of the Camino is physical, the second mental, and the third spiritual, and she found all that to be true. On the trek, they walked through the Pyrenees and foothills, over farmland and in cities both large and small, in thick fog and cold as well as in afternoon heat, through large areas of deep mud or dry dirt; and they waded up to their knees in cold rivers – especially welcomed after a day of hiking.
They ate many communal dinners and conversed with people from many different countries. They stayed in some albergues (hostels) filled with pilgrims, and in others almost empty. And now they are anxious to share many of their experiences with First U friends young and old.