Posted on May 10, 2018 Posted By: dalestrattonCategories: Stewardship 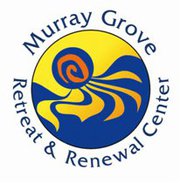 Your support of Murray Grove during the special collection on May 13 will be greatly appreciated by all who seek to renew their spirits, transform the world and preserve our Universalist history.
Murray Grove Retreat and Renewal Center in Lanoka Harbor, NJ is a purposefully simple retreat facility for spiritual gatherings, congregational retreats, youth groups, family/school reunions, women’s and men’s groups, conferences, personal, and spiritual retreats.
More importantly, Murray Grove is a living memorial to the lives and the Universalist faith of John Murray and Thomas Potter. It is the sacred site of the origins of the radical religious tradition of Universalism, based on love and profound acceptance of differences, that transformed the landscape of religion in America. This spirit of love calls Murray Grove to continue as a catalyst for transformation and a beacon of hope. Thomas Potter saw a dawning wisdom of Universalism on the horizon in 1770 and lived to see his vision realized. Murray Grove continues to promote the Universalist values of hope, courage, love, and inclusion, traits as much needed in the 21st century as they were in the 18th century.
Murray Grove hosts UU groups for a variety of gatherings. Teen groups come to Murray Grove to deepen their spirituality, to learn responsible decision making, to develop leadership skills, to bond, and have fun. UU youth attend Camping in the Grove each summer. There is a Women’s Spirituality Retreat each November. Congregations use the center for lifespan education, leadership and board retreats.
In these unpredictable and stressful times, non-UU social justice, non-profit and spiritual groups also call Murray Grove their home for retreat and renewal so they can continue their work.
Some of the groups that came to Murray Grove in 2017 are the NYC Black Artists Consortium, DRUUMM Anti-Racism Collective, South Asian and Desi heritage youth, Silent Meditation, Reiki healing, Yoga, Mature Lesbians & Queer Women of Color Housing Collective, Jewish Mindfulness, and disaster relief volunteers in need of respite.
Murray Grove is a tranquil space for those who seek to give the world hope, courage, love, and inclusion to build beloved communities.