Posted on August 9, 2018 Posted By: dalestrattonCategories: Buildings and Grounds 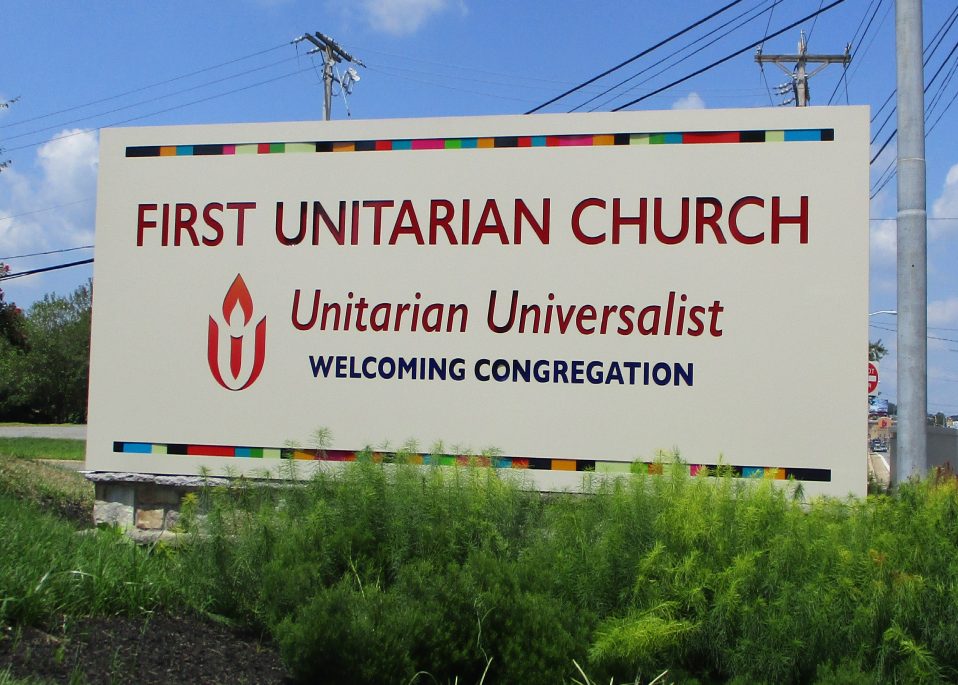 When we purchased the land on Concord Pike, we realized that it provided us with a great opportunity to market our Church to the thousands of people who travel by there each day.
Our first LED Sign was installed in 2007 after a two year effort led by Renee Anderson. This sign took a LOT of work to operate and maintain. Jim Davis developed the messages on the sign for the next decade, as well as repaired and even rebuilt much of the sign including buying and installing new LED light panels. This sign was severely damaged around Thanksgiving 2017 in an automobile accident.
Fortunately, a sign team had explored replacing this sign during the summer so we were well-positioned to act quickly. After receiving insurance money from the accident, the sign team led by Steve Cohen and consisting of Jim Davis, Scott Ward and Marina VanRenssen determined our specifications and visited two local, well regarded LED Sign companies. The sign monument (frame around the LED screen) was designed by Jeff Lott. The sign went into service on May 31, 2018 and looks great, especially at night when the lighting in the monument is visible.
Steve Cohen now designs the messaging using the internet-based software. The weekly schedule is:

The schedule is adjusted to accommodate special events and holidays. Let Steve know if you have a suggestion for our messaging. You can reach him at stevec@firstuuwilm.org.

Here are some photos of the construction phase as well as the completed sign! 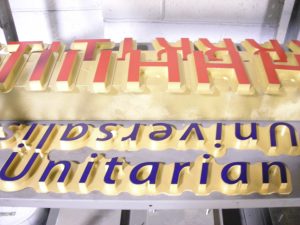 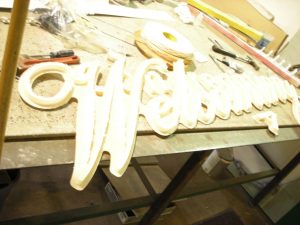 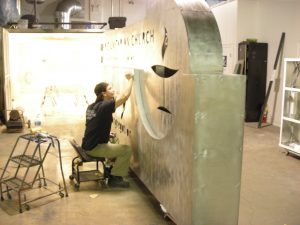 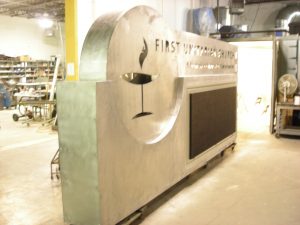 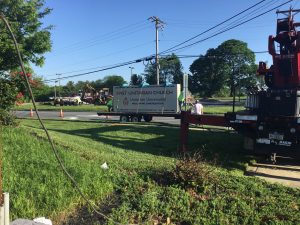 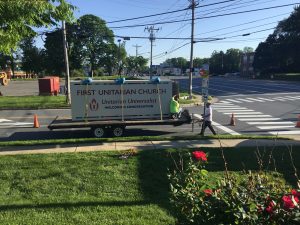 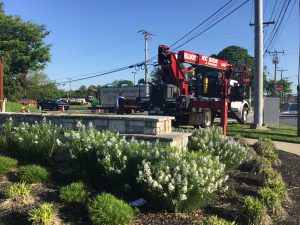 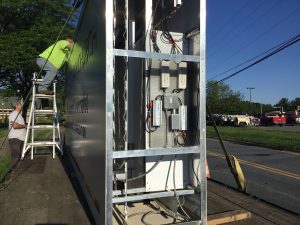 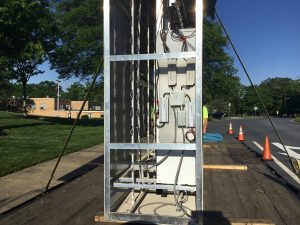 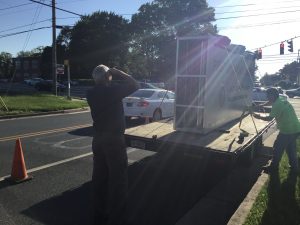 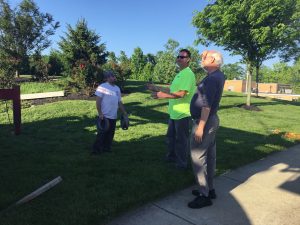 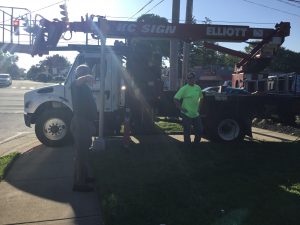 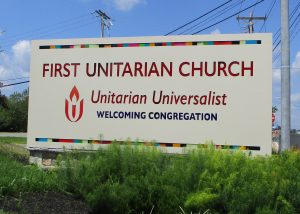 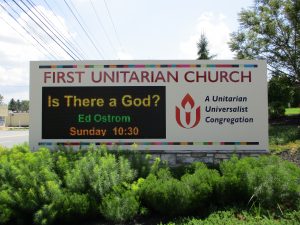