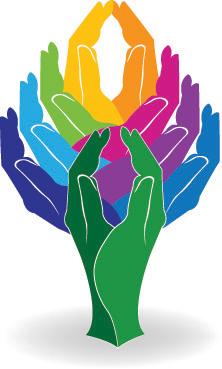 “My name is George Huhn. My wife Julie and I have been members of this church for over 20 years. Our sons Max and Leon began coming here when they were babies. Max is now 18 and off to college, and for those of you who don’t know, Leon died of cancer in 2016 at age 13.

Leon’s story has many chapters, but there is one in particular that I have been wanting to – really needing to – tell you for a long time.

I remember how bright the lights were.

We were in the pre-operating area at Nemours Hospital for Children. The doctors and nurses were arriving and greeting each other as friendly colleagues do on a Monday morning – talking about their weekends and their plans for the Christmas holiday.

I was there with Julie and our then 10 year-old Leon. He had been diagnosed with bone cancer in his knee in October, and after 2 months of chemotherapy, he was there that morning to have his knee replaced with an artificial knee. It was going to be an 8 to 10-hour surgery.

Looking back, part of me still can’t believe any of this happened.

Anyway, there we were, with nurses and doctors coming and going, signing papers, explaining the ins-and-outs of various procedures, and Leon, on his bed, quietly clutching a colorful stuffed animal named “Wormy” that he had chosen to accompany him.

The lights were so bright.

As the activity in our room began to quiet down a bit, who should walk in but our Associate Minister at that time, Rev. Michelle Collins.

Honestly, my first thought was “what are you doing here?”

But there she was with smiles, hugs, and an optimism that also embraced the seriousness of the moment.

Since she was dressed in street clothes and generally only family are allowed into this area, Julie asked how she was able to get in, and Rev. Michelle reached into her pocket, smiled, and said, “I just pulled the minister card!”

We were so grateful that she came. With her there, we weren’t so alone.

It was coming closer to the time for Leon to go, and by now he was pretty groggy from the pre-meds that he had been given.

We had a few minutes alone together, just the 4 of us. We all hugged, and reassured Leon and ourselves that everything was going to be alright.

And then, in those bright lights, they wheeled his bed through the big green doors to the operating room.

And I collapsed in tears.

I sat in a chair with Julie on one side and Rev. Michelle on the other, and I wept. It was in that moment that I realized that nothing could possibly be the same again, and the enormity of all that had happened, what was about to happen, and what could happen, crashed in on me.

After a while, we moved outside to the waiting area, and Rev. Michelle went back to church. Later that afternoon, she came back with a brown bag full of snacks, and she was sitting with us when the nurse came out to report that the tumor had been removed, and they were beginning to implant the artificial knee. So we shared this moment of optimism – the cancer, we hoped, was gone for good.

It wasn’t just Rev. Michelle who was there that morning – it was all of you. She was the one able to pull her “minister card” – but she carried with her the caring and support and compassion of everybody in our church.