Posted on February 27, 2019 Posted By: dalestrattonCategories: Members in news 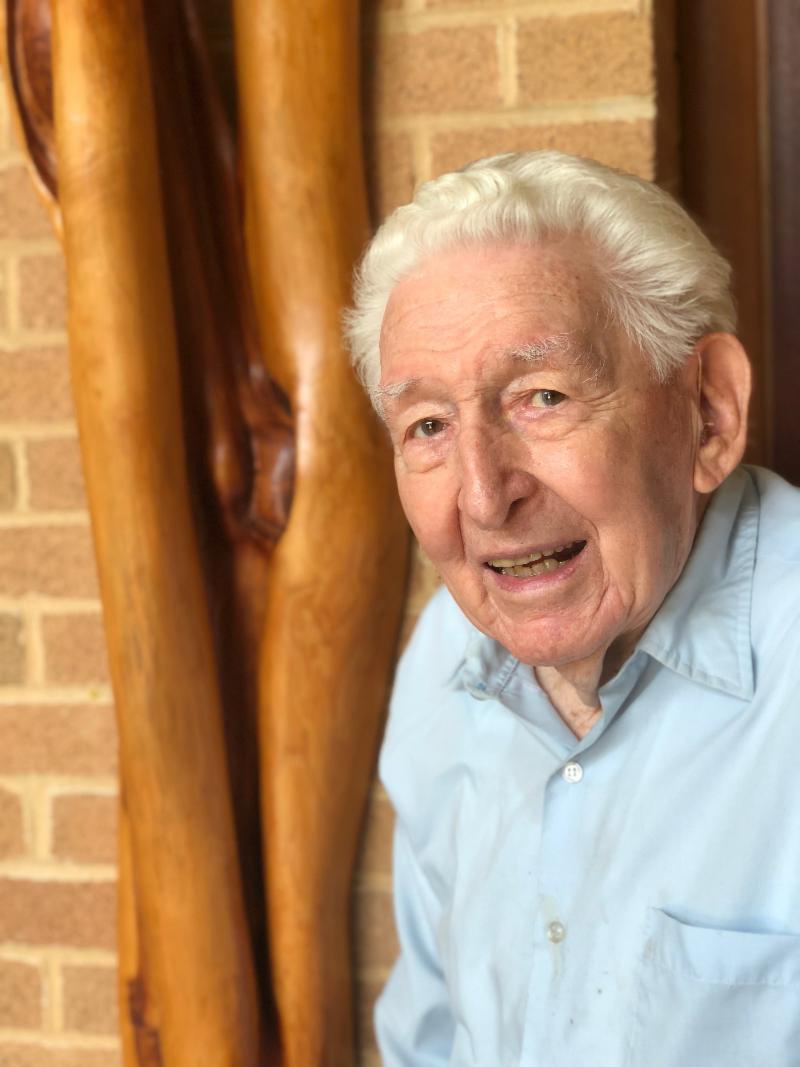 On Sunday, March 10th, the church will celebrate the 100th birthday of Glen Barbaras (born March 8, 1919). Glen has been a member of First U for 61 years, attending almost every Sunday service, except in recent months. He has headed up and served on many committees, including Finance and Annual Giving, Chair and President of the Board of Trustees. He served as local chair for the annual meeting of the UUA General Assembly in Philadelphia in 1981.
Having earned a PhD in chemistry from the University of Chicago, Glen worked on the Manhattan Project for three years. He spent almost 31 years at DuPont, becoming a research manager.
Glen has been on the boards of various community organizations and was a founding member of the Academy of Lifelong Learning (now Osher Lifelong Learning Institute). Over the years he delivered 250 lectures on a variety of subjects to local groups and schools.
In retirement, Glen became a self-trained abstract wood sculptor. The church hosted a show of 32 of his sculptures this past summer.
His wife and partner, Gerry, a musician and a University of Chicago PhD chemist, also worked for DuPont. She was very active in this church and served a term as President of the Board. After retiring, Gerry turned her creativity to composing modern chamber music. She died in 2004. Glen and Gerry’s three children were raised in our Sunday school.