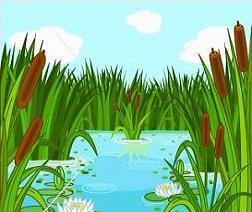 The Southbridge neighborhood is part of Delaware’s largest city, Wilmington, at the northern end of the state separated from the rest of the city by the Christina and Brandywine rivers. Southbridge is vulnerable to sea-level rise. The low-lying land is 2 to 3 feet above sea level and, when the Christina River rises 5 to 6 inches during storms, Southbridge floods. This flooding is exacerbated by ageing infrastructure, which has allowed both fresh water and sewage to flow onto the streets and into basements of homes.
To combat these problems, an exciting new park has been designed to cleanse the flood waters as they head back to the river. The park will include walkways, bike paths, meadows and an upland forest area, hoping to bring new life and better health to Southbridge residents.
It is such an important project that it has received a large grant from the National Fish and Wildlife agency. Our guest, Leah Kacanda, Community Outreach Coordinator for the Wetland project, will tell us about it. Leah will speak during the service for several minutes about the importance of this project and after church she will show a short power point presentation set in the brownfields of Wilmington. Plan to stay after church April 7th for this good news.