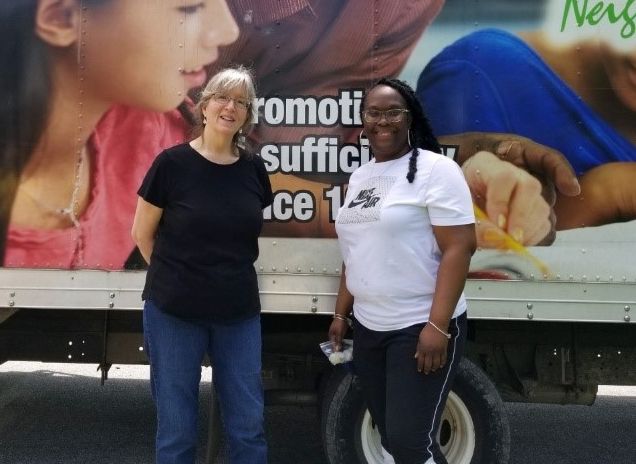 Last December, after First U member Peggy Rawheiser passed away, her daughter, Debbie Rawheiser Robertson, started talking with her brothers about how fond their mother had been about the church’s ILYA (Independent Living for Young Adults) program and its mission of supporting youth aging out of the foster care system. Together, they decided it would be a wonderful tribute to their mom if they donated some of the furniture from their parents’ home to ILYA for young people who needed help furnishing new apartments. They knew this is what she would have wanted.

Debbie set the wheels in motion by contacting Barbara Crowell earlier this year about their offer. When Debbie came to Delaware in May from Raleigh, NC to begin the process of cleaning out her parents’ North Wilmington home, the timing was perfect. Two ILYA youth had recently moved into new living units and were in need of furniture and other basic living items.
First U member Kathie Stamm served as the liaison to one of the state’s Independent Living Workers at West End Neighborhood House and arrangements were made for her to come to the Rawheiser home to choose from many household items. In one afternoon, a large West End van was filled with donations of treasured furniture and various kitchen equipment that are now making these young people’s new apartments feel like a home.
Thank you to the Rawheiser family for your generosity and for honoring Peggy’s legacy through your support of ILYA.