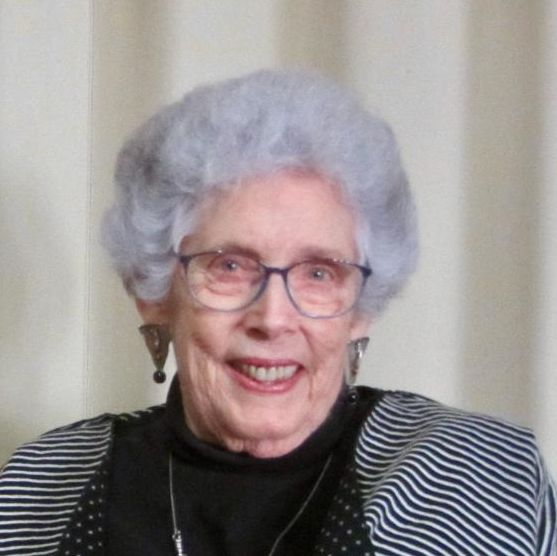 We are saddened by the recent loss of Sally Hamburger who passed away on Friday, October 15, 2021 peacefully. Sally was a longtime, cherished and inspiring member of the congregation. After years of volunteer service, she became the Program Facilitator at First Unitarian Church of Wilmington leading and coordinating adult programs and helping members and new members connect with one another and the congregation.
We hold in our hearts her husband, Aaron, and her three daughters, Marjorie, Amy, and Julianne, 8 grandchildren; and 5 great grandchildren—and all of those in our congregation who feel this loss of a dear friend.

As you can read in the obituary, linked here: “Prior to their marriage, Sally and Aaron were introduced to the Unitarian Universalist faith, which immediately became their spiritual home. In addition to their membership in churches at every place they lived, they spent time each summer at Star Island, a UU conference center off the coast of New Hampshire. In each church and at Star Island, Sally found meaning by being actively involved as a participant and volunteer, and at the end of her professional life she became the Program Facilitator at First Unitarian Church of Wilmington.”

A memorial service to be held at First Unitarian sometime during the spring of 2022. We’ll send information about this when it is known. In Sally’s memory, contributions may be made to the Life on a Star Conference at the Star Island Annual Fund. Information about giving may be found here.