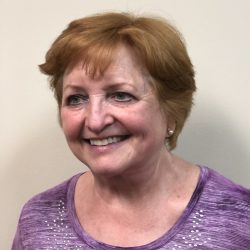 Linda Sanders came to Unitarian Universalism through a friend who introduced her to a Women’s Circle at the Unitarian Fellowship of Newark about 25 years ago. She joined the fellowship and began participating in UUA events such as Womenspirit and SUUSI. She has attended Womenspirit for 25 years. Linda joined First Unitarian in 2010, following retirement from the DuPont Company and a move to North Wilmington. She says she’s grown spiritually as a worship associate, deepening her personal faith while crafting and leading worship. She describes herself as a mystical pagan witch with Buddhist undertones and appreciates being able to express her faith traditions at FirstU. She has also developed a passion for improving racial justice in Delaware and the nation through participating in programs offered by FirstU’s Human Rights Task Force, such as the four-part workshop, “Being White in the Black Lives Matter Movement.” Linda sincerely hopes our congregation and our faith remain committed to fighting for racial justice and supporting the Black Lives Matter movement and BLUU organization. As a lay leader, Linda has served on the board of trustees, most recently as president. She wanted to be part of the search committee “to continue to grow as a leader and to help discern, with the congregation, what qualities we should be looking for in our next settled minister. I think I can use my people skills to help facilitate the discernment process and to conduct the interviews that will identify good candidates. I dream of our congregation continuing to grow as a beloved community that nourishes minds and spirits, fights injustice, and transforms the world through loving action!”