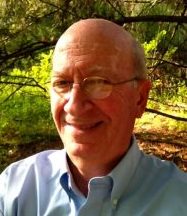 After Charles Darwin published his theory of Natural Selection, he continued to reflect on what he had observed in the living world. A decade later he proposed a second major evolutionary mechanism: Mating Choice or Sexual Selection. Most of us are not familiar with this later theory, because it was suppressed by the male-dominated world of science: it places females in a central role in evolution. In recent years the study of Mating Choice has produced remarkable insights into the human condition, including the notion that ethical teachings can change the evolution of human behavior.

Barry Marrs has been a UU for 44 years, 21 at First U. Married to Barbara for 52 years, they now live at Cokesbury. They have two grown daughters and four grandchildren. Now fully retired, he used his PhD in biology for three careers, first as a professor of biochemistry, second as part of management for Exxon, Dupont and then Hercules, and third as a serial entrepreneur.