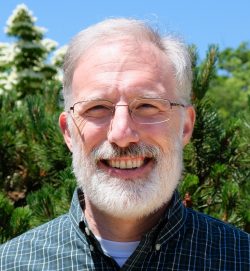 Travis has been a member of First Unitarian since 1999. He was a member of the Board of Trustees from 2003 – 2007. He and his wife Becky were advisers to the Youth Group from 2000 – 2006. He co-chaired the 2005 Capital Campaign, chaired the Bylaws Committee, and served on the Expansion Task Force and the Membership Committee. He has taught for many years in the Children and Youth Religious Exploration program. Travis has been a Vice Chancellor on the Delaware Court of Chancery since October 2009. He is the proud father of Grace, Hayden and Addie.